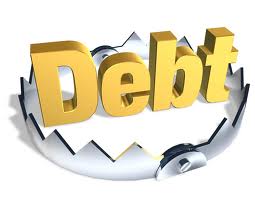 While the world is awash in liquidity, no one seems
to notice that itâ€™s actually in the form of leverage or cheap debt, NOT
real capital or equity.
The US banking system as a whole is leveraged at
13-to-1. While this is not horrible relative to Europeâ€™s banking system
(more on this in a moment), these levels still mean that an 8% drop in
asset values wipes out ALL equity.
Then you have Europeâ€™s banking system, which is
leveraged at 26-to-1. Anecdotally, this is borderline Lehman Brothers
(30 to 1). At these levels, even a 4% drop in asset prices wipes out ALL
equity.
Japanâ€™s banks are leveraged at 23 to 1. Franceâ€™s are 26 to 1. Germany is 32 to 1.
You get the idea.
However, worse than any of these the US Federal Reserve. With $2.8 trillion in assets and only $52 billion in capital, the Fed is leveraged at 53 to 1. Yes, 53 to 1.
My question is: if the Fed prints money for itselfâ€¦ is it â€œraising capital?â€ More to the pointâ€¦ if that was true why doesnâ€™t the Fed do it? Why maintain these leverage levels?
Only Bernanke can knowâ€¦ but the rest of us
should feel a very serious shudder when we consider that THE bank thatâ€™s
supposed to bailout the world/ fix the problems plaguing the financial
system, is in fact even more leveraged that most of the institutions
itâ€™s helping.
Yes, stocks are rallying now based on the view that
more QE 3 or monetary easing is on the wayâ€¦ but theyâ€™re missing the BIG
picture here.
The BIG picture is that there is far too much debt
in the financial system. Europeâ€™s getting taken to the cleaners todayâ€¦
but these very same issues are going to spread to Japan and the US in
short order. Even China, which is considered THE creditor nation of the
world, is estimated to post a REAL Debt to GDP ratio of 200%.
Yes, 200%. China.
So the idea that somehow the worldâ€™s going to pass
through this current chapter in its history without some MAJOR
fireworks/ systemic failure, seems a little too optimistic.
Folks, something VERY bad is brewing behind the
scenes. The Sarkozy- Merkel talks, the short-selling bans, the halted
stocks, the leveraged EFSF, the hints of QE 3, all of this is telling us that the financial system is on DEFCON 1 Red Alert.
Ignore stocks, theyâ€™re ALWAYS the last to â€œget it.â€
The credit markets are jamming up just like they did in 2008. The
banking system is flashing all the same signals as well.

So if you have not already taken steps to prepare
for systemic failure, you NEED to do so NOW. We’re literally at most a
few months, and very likely just a few weeks from Europe’s banks
imploding.